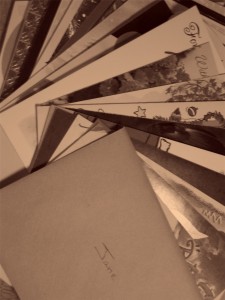 We write letters. I know that’s a bit strange in this age of e-mail, text messages, Snapchat and the like, but it’s true. Perhaps we are just old-fashioned, passé, and out of date (like the Oxford comma), but there’s something special about a hand-written missive.

People regularly tell us how encouraging those letters are, how they came at just the right moment. Friends who were missionaries in Japan often felt isolated and discouraged. Then a brief note from us arrived to cheer and encourage. Just what we had in mind! At least once a month, letters go out all over the world, to places such as: Liberia, Jordan, New Guinea, Tennessee, and Wisconsin.

Letter writing has a deep and ancient history. Many biographies are based on extensive records found in correspondences. Here a bit of character is revealed, as well as a glimpse into the times in which they lived. We understand more accurately the person and the context of their lives. We have many great examples. C.S. Lewis answered every letter he received. Hand-written. By him (except on rare occasions of illness or other exigencies.) And he loathed letter writing! This is faithfulness personified. And we are the richer for it as we now have access to his many compilations of letters contained in voluminous correspondence. Considering that some of his letters undoubtedly have been lost, yet we have insights into his thoughts on prayer, children, education, and some merely mundane aspects of life. Treasures at our fingertips, preserved for us and our posterity.

So, not to make too much of a simple act, we connect a bit in our own way to eternity. As our letters go out, we pray that they will arrive at just the right time. In our study of Romans, we are reminded that timing is crucial: “While we were still weak, at the right time, Christ died for the ungodly.” (Romans 5:6) Amen! 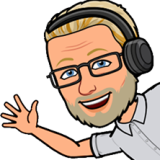